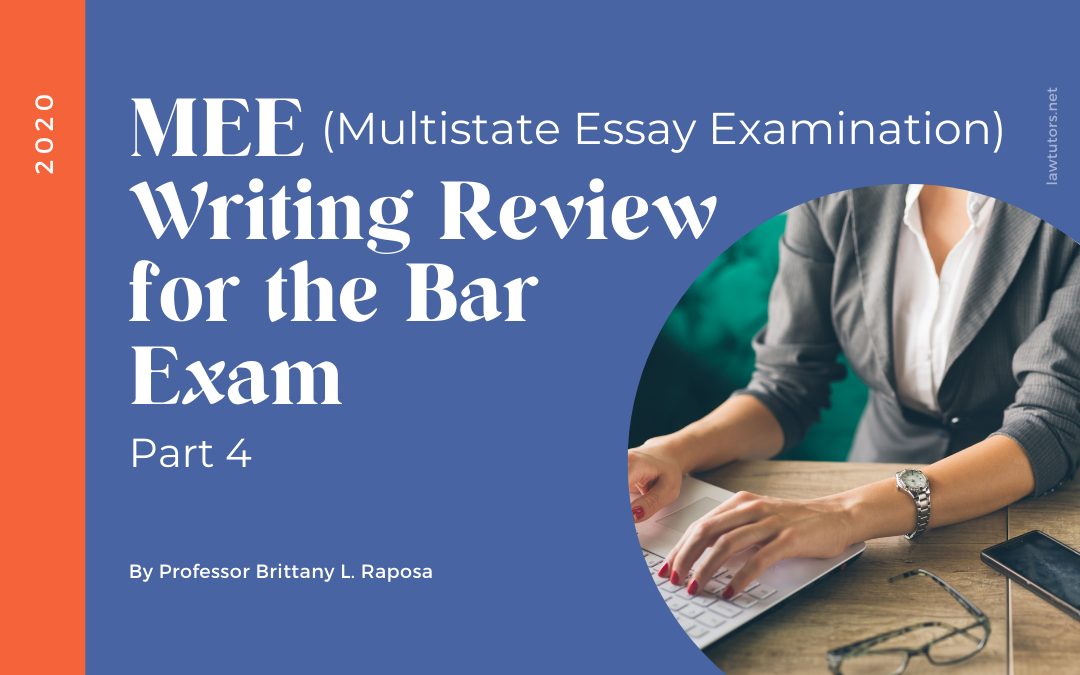 Use of Headings – Identifying the Issue

Use Headings To State Your Issues

This quickly shows the exam graders what the issue is, and also is a good way to organize your response. Examples of headings look like this:

Whether the Court has Personal Jurisdiction Over the Defendant

The Court Has Personal Jurisdiction Over the Defendant

Beginning With a Detailed Conclusion

I like this approach because (1) right in the beginning, the bar examiners know where you’re going and why you’re going there, and (2) if the bar exam grader is just skimming the essay, they know you identified an issue, know what rule you used for that issue, and saw how you applied and concluded with it. This statement can look something like this:

The Court has personal jurisdiction over the defendant because he had purposely availed himself of the benefits of State A.

Writing the rule: think in terms of “context and consequences”

The first rule when writing the rule for the bar exam is to write about the law of your jurisdiction. Even if you could answer the question using common law, if there is a state rule on point, you want to be sure to apply that law.

The next rule to follow when writing a “rule” is to include a sufficient discussion of the law to provide an adequate context for your analysis of the facts in controversy.

State the general rule before turning to the specific exception brought into controversy by the facts of the problem.

Identify the general cause of action and list all of its elements before focusing on the specific one in controversy.

Here are the building blocks for constructing a solid statement of the relevant rule:

Definitions: build on your general statement of law by writing a definition for each of the legal terms of art you’ve identified. A basic definition can be written in a sentence or two. What you must do is avoid going beyond the scope of the question and writing a treatise on the rules not in controversy.

Exceptions: exceptions to the general rule are the stuff of which bar exam essays are made. In fact, you can pretty much count on the questions to force you to deal with exceptions because that’s where the problems typically arise in the real world.

Distinctions: you may have a question where state law differs from the federal rule or the common law from the statutory law. Be sure to identify such distinctions to show how application of one rule as opposed to the other would yield a different result [note: if you are sitting for a UBE jurisdiction and taking the MEE, you’re typically not required to discuss state-specific law in the essay].

Next consider and discuss the consequences of applying the rule. Ask yourself the following questions:

What happens if the rule is applied to these facts?

What is the likely result?

IN PART V, WE WILL TALK ABOUT THE MOST IMPORTANT PART: THE ANALYSIS….

This article is Part Four of a Six-Part series. Here is where you can find Part One, Part Two, Part Three, Part Five, and Part Six.