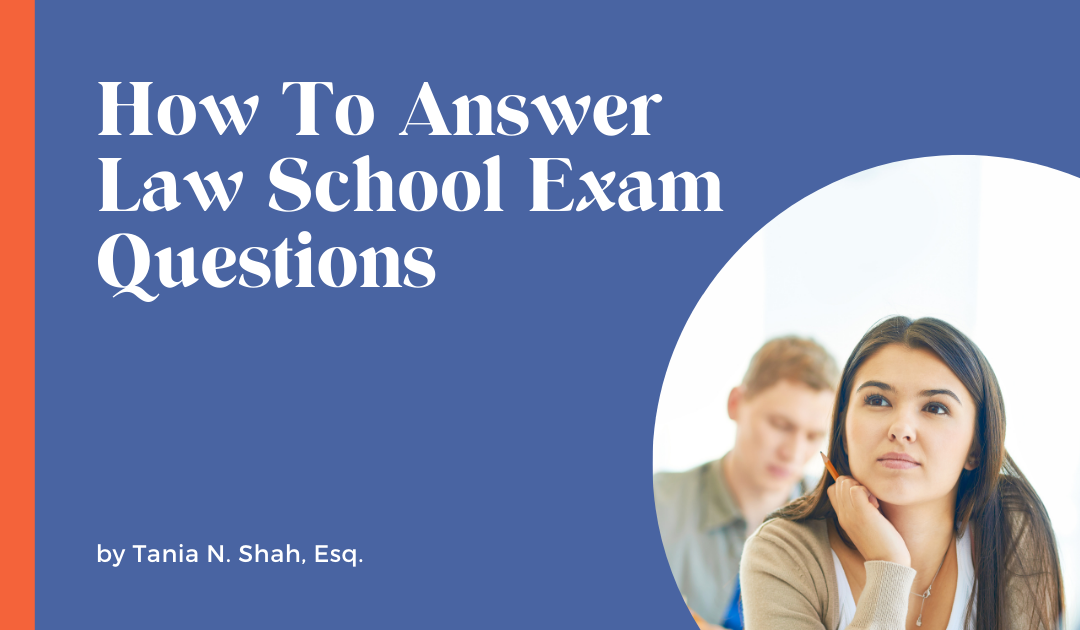 Step One: Issue Spotting/ Conclusion/ Thesis-What is the legal question that I need to analyze?

First, start with a sentence that identifies the legal issue that you are trying to solve and predicts the likely outcome of the case. A good issue sentence should incorporate the facts that give rise to the issues you are trying to answer.

Examples in an exam:

“The issue is whether opening an unlocked door to a building at twilight to commit a theft is sufficient to constitute a charge of burglary.”

“The issue is whether Defendant, who repeatedly telephoned the victim and left threatening voice messages, engaged in “course of conduct” sufficient to constitute “stalking” under the relevant statute.

Step Two: Rule / Rule Proof / Explanation – What is the governing law for the issue?

Second, state the rule or legal principle that the court will use to resolve the issue. Briefly state the holdings of cases, and only include relevant facts and conclusions. You may also be expected to explain how courts have applied the rule in the past (and also how they have chosen not to apply the rule) and explanation of the policy behind the rule.

Sample Answers in an exam:

“According to the Georgia statute, a charge of burglary requires that the defendant (i) enter the dwelling of another person, (ii) without authority to enter such dwelling; and (iii) intends to commit a felony or theft within the dwelling.”

“The Pennsylvania statute requires that a person committing the crime of stalking (x) engages in a course of conduct or repeatedly commits acts towards another person, (y) under circumstances which demonstrate either (i) an intent to place such other person in reasonable fear of bodily injury or (ii) to cause substantial emotional distress to such other person.”

Step Three: Application – How does the rule apply to the facts in my case?

Third, apply the rule to your facts, using the cases you’ve discussed in the rule / rule explanation section to draw analogies and distinctions and avoiding conclusory statements. Use transition words such as “Here, …” “In this case, …” Be sure to include any arguments by the counter-parties. The application section is the most important part of the analysis since this is where your critical thinking skills will be tested.

Example in an exam:

“Although the door was ajar and unlocked, Carl’s merely opening the door was sufficient minimal force to constitute a breaking since the nearly shut door was meant to deter unwanted entry. No actual breaking of the door or lock is necessary.”

Step Four: Conclusion – What is the outcome of the issue?

Lastly, state one or two sentences concisely stating (or re-iterating) the likely outcome of your case, based on the application of the rule to the facts of your case.

“Therefore, because Victim posed no threat to Officer and was only liable for a minor infraction, Officer’s use of force was excessive under Graham.”

“Because Vince entered a house at twilight through a nearly shut door that was meant to deter unwanted entry to steal computer equipment valued at $5,000, Vince is probably subject to charge of burglary even though it was not technically nighttime and the door was unlocked.”

The issue is whether the defendant was negligent. (ISSUE)  To establish negligence, the plaintiff must prove a duty existed, a breach of that duty, causation, and damages. (RULE) As a matter of law, we all owe a general duty of care to reasonably foreseeable plaintiffs whenever we act. (RULE explanation specific to DUTY) Here, the facts show that [discuss facts that show a duty].  However, the defendant may argue that a duty does not exist because [discuss facts that show no duty owed].  Nevertheless [discuss facts or legal doctrines that break the tie one way or the other] which strongly suggests that the plaintiff was reasonably foreseeable to the defendant. (APPLICATION) Therefore, a court will likely find that the defendant owed a duty to the plaintiff. (CONCLUSION)